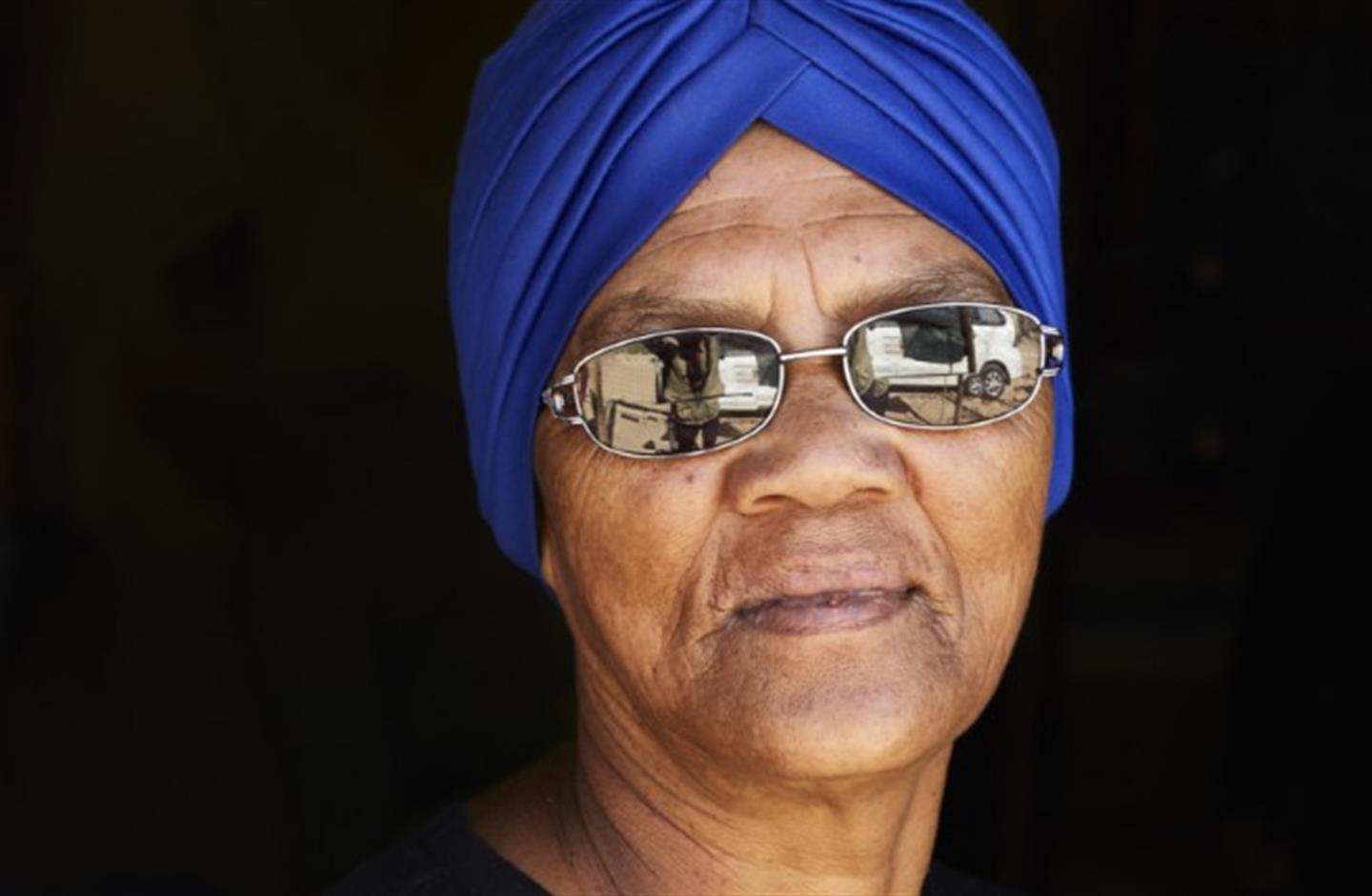 Magrieta Prins is one of thousands of women working on farms, who are part of the Women on Farms Project (WFP) in the Western Cape farmlands of South Africa. She lives in the De Doorns area and worked as a domestic worker in a farm owner's house for many years.

Her employer relocated and Prins had to find work as a seasonal farm worker which is precarious in nature; where she would go without an income for months. This is a challenge many women farm workers continue to face today.

Despite this, Prins was able to become a supervisor and later joined a union. In 2012, she played a big role during farm worker protests in De Doorns-demanding higher wages, toilets in the vineyards, clean water, and fair treatment for all farm workers.  She adds: “I worked on that farm for 23 years and it was not nice. Because one had to work and work. That is all we knew. Life on the farm was very boring. Later I become a shop steward for the Union, and that is when I started getting involved in labour issues,” 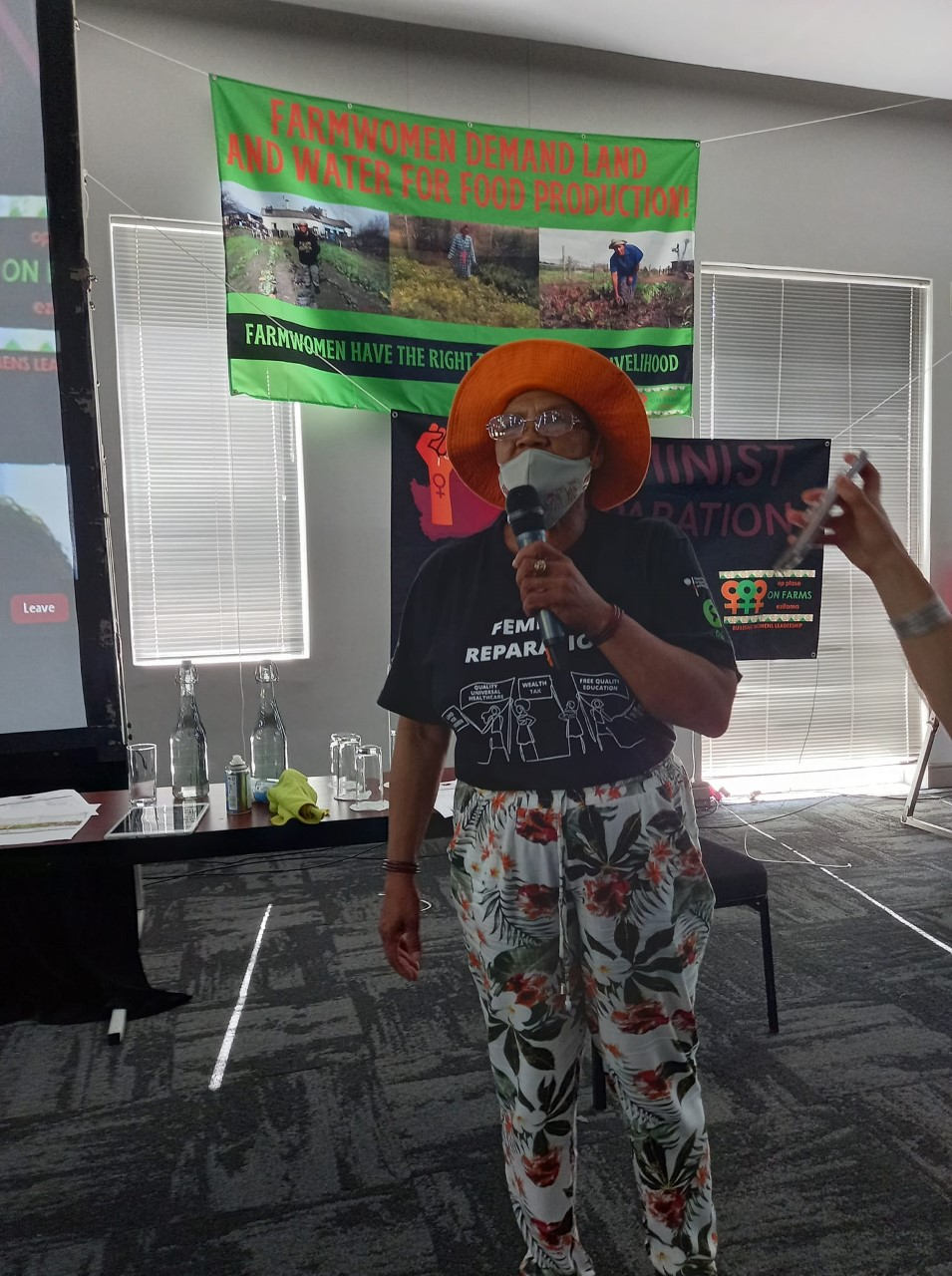 Educate workers She became a target and many farm owners wouldn’t employ her after labelling her a troublemaker, coupled with ill-health, Prins stopped working on farms. That is when she became active in the land and housing programme of the WFP and is part of the organisations labour committee. Through funding from Oxfam and workshops, conducted through the FAIR for ALL programme, Prins and many other women educate workers about their labour rights and intervene in labour disputes on the workers behalf. Prins: “I am now no longer a shop steward, I am a defender of women. If anything happens on the farm, there might be a woman who comes to us in need of help. Then we will go to the farmer, and we will go and investigate the matter. Our work is to see that women keep their jobs, that is what we do”

Prins says through the workshops ran under the Women on Farms Project, she is able to speak out against injustice. 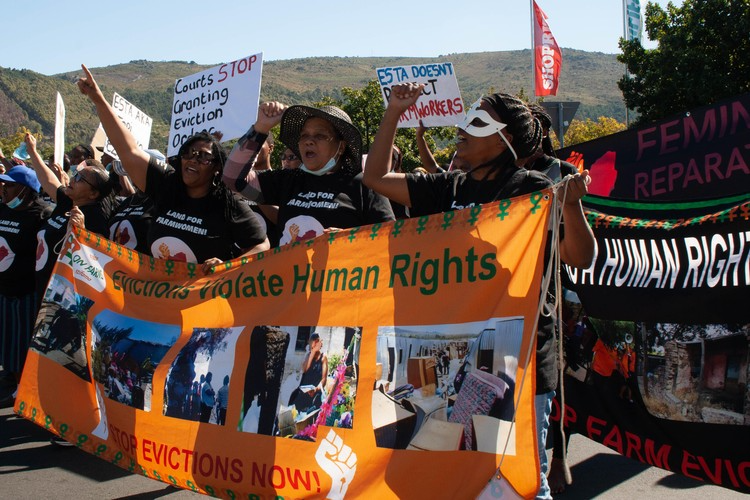 Tax the richest 1% in South Africa

The women farm workers have since embarked on many projects, including the Feminist Reparations Campaign in partnership with Oxfam South Africa. They are calling on government and policy makers to tax the richest 1% in South Africa in order to respond adequately to the needs of farm workers, especially women farm workers who are vulnerable to seasonal work, gender-based violence and lack of housing. 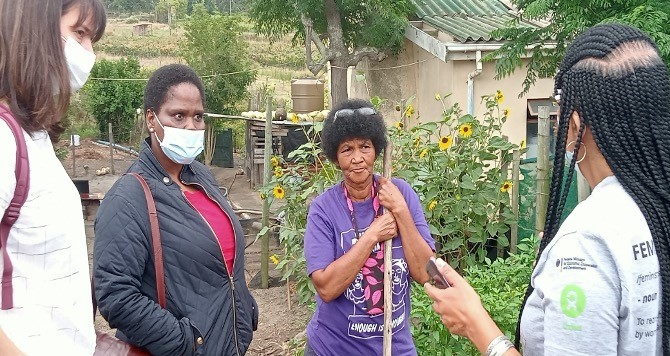 Prins is also a gardener, since becoming a part of the Women Farms Project, she has been trained on farming methods and planting vegetables to promote food security and healthy nutrition. She now has a thriving vegetable garden, from that garden she is able to sell some of the produce and make jam and other products to sell at markets, including hosting events to generate income and assist other families that are struggling.