The importance of role models

I like to be authentic. I like to think I am original, and have creative ideas. As a thinker, a reader, a writer, I tend to think that working in isolation works well for me. So I can concentrate on what I think, without being influenced by others and other people’s ideas. They may drive me away from my own thinking, into a direction that I did not plan, that I did not even think of. And that would not be good.

Looking back at where I am today – a husband and father of three, a marathon runner, and a policy advisor on youth for Oxfam Novib, to randomly name what may be my most important identities – I cannot say I arrived there without any external influence. On the contrary, it is mostly other people that either inspired me to go there, or that helped me in actually getting there. On my own, I would never have been able to set such goals, let alone reach those objectives.

Coming from a family of three children myself, my parents have definitely given me a great example of what it is like to grow up in a loving 5-person family, and duplicating that looked only natural to me. But there is more to that. Coming from a family of teachers, it must always have been my destiny to end up in the education sector myself, and it surely must have been the role modeling of my parents that drove me towards a career in international education.

Education itself has also played a very important part in who I am today. Most notably, it was my last University Professor, the brilliant Mario Novelli, who helped me become the critical policy analyst I hope I am today. Being more than a supervisor, he really played the role of mentor: always challenging me, guiding me with the right questions, setting me on the right track (that I did not think of) just by suggesting some different pieces of literature, and teaching me to learn.

As for the running part, I cannot deny that Oxfam Novib’s own celebrity role model Dolf Jansen (a Dutch comedian, writer, musician, presenter, marathon runner, and ambassador for Oxfam Novib for over 15 years) has inspired me, and continues to amaze me with his speed (not just on marathons…). But more importantly, it has been close friends that have run marathons that really inspired me to do so myself. They showed me how great an experience it is to be setting a goal, training for it, and then reaching the goal.

Would I call all of them role models? Well, actually I never really have. But come to think of their roles and how they inspired me or guided me, I realize now that they may in fact fit the definition of a role model. Having read hundreds of pages on role models (yes, all alone, locked up in a room with just me and the literature), I learned that they "might stimulate young people to make sound life choices, to progress their educational outcomes and assist them to develop skills, values and other attributes that encourage citizenship and lead to a full and productive adulthood for the benefit of the community and the economy." This is a mouthful of beautiful buzzwords. But looking at three main functions of role models that are suggested by the literature (boosting confidence, motivation and inspiration), I can certainly relate my experiences in this concept.

This realization does bring important implications. It is saying something about the importance of parenting. Parents are the first role models to most children; what fathers and mothers show their children has a profound impact for the rest of their lives. Policies can stimulate parents to spend more time with their children, thereby showing them what a rewarding and fun role this actually is. Indeed, I hope I can be a good role model for my children, and Oxfam’s HR policies certainly help me in spending enough quality time with them.

Teachers, educators, coaches and mentors are a second category where we could think much more about how they can be role models. Perhaps the way they behave, the methodologies they use and the examples they set are much more important than the actual content they teach. It’s the pedagogy, Stupid. I’m trying to apply this myself among others by being a mentor for interns at Oxfam Novib, and stimulating my colleagues too to become a mentor for interns.

Finally, any successful example should be shared as widely as possible, so that these examples have a much bigger chance of inspiring others. The other side of this is that bad examples should be avoided as much as possible. If we want people to go running, simply show people good and inspiring runners. Didn’t Dafne Schippers push many Dutch (young) people to the athletics track?

This certainly applies to social problems. If we are serious about reducing youth unemployment, inspiring stories of young people that have moved out of poverty (for example shared through pecha kuchas) can be much more effective than focusing on the bad examples, including frustrated or radicalized youth that would only put those stories in the spotlight. In that sense, the trend of big youth employment programs focusing on irregular migration may ultimately be counterproductive, whereas youth employment programs focusing on the positive contribution to individual lives and to society may end up being more effective.

Am I going too far and am I applying a far too wide definition of role models? That’s certainly possible. And the examples that influenced me only contributed to a far bigger and more complex process that helped me become who I am today. But without them, I am not quite confident that I would not be the person I am today. Whether you call them role models or something else, the influence that people close to you (or close to your heart) have, those that you admire, that motivate you, guide you, and inspire you, cannot be underestimated. 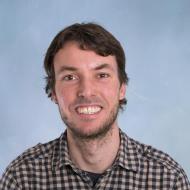 'As a policy advisor on youth, I see it as my mission to empower young people - particularly the most marginalized - so they can have similar possibilities as I have had. Having graduated with a MSc in Economics and a MSc (honours) in International Development Studies, I have worked among others as an education specialist for the Association for the Development of Education in Africa, based at UNESCO in Paris and the African Development Bank in Tunis. In my role as policy advisor I support the participatory development of programs on youth active citizenship, in innovative ways together with various young people. With their, energy, skills and creativity, young people have the potential to be the driving force for change.'