In Ecuador, near the Yasuní National Park, between the Napo and Pastaza rivers, the Sápara and other indigenous communities of the northern Amazon rainforest claimed an important victory in the fight for their existence. Oil extraction is threatening their livelihoods and the preservation of their natural environment since 2008, which they have opposed ever since. In 2019 they were able to claim victory, when Andes Petroleum retreated from this venture.

Andes Petroleum is a consortium created by Chinese state-owned companies Sinopec and China National Petroleum Corp, which receives direct investments from the Dutch pension funds (CNPC group). In 2016, the Ecuadorian Government conceded it with the rights to exploration and exploitation of the northern Sápara people’s territory. A questionable consultation process was carried out after the Ecuadorian Government conceded the right to exploration to Andes Petroleum.

The Sápara people have been declared a UNESCO Heritage of Humanity group that is already near extinction. According to the ILO 169 Convention, which  Ecuador has signed and ratified, this means that any investment within their territory must receive their free, prior and informed consent. Despite this, the Government did not carry an open and inclusive ask for consent. Rather, it tried to circumvent it by accentuating political divisions and speaking to non-recognized leaders. Throughout this process, communities have raised in protest and opposed the project though different means, as was reported by UN Special Rapporteur on Indigenous peoples.

Oil is Ecuador’s top export. Those who oppose its extraction have faced violent repression. The Sápara peoples have been no exception. But thanks to their continuous struggle, on October 2019 the Ministry of Energy and Non-Renewable Natural Resources issued a resolution granting a force majeure request by Andes Petroleum Ltd Ecuador due to the "resistance and social and political opposition" of Indigenous peoples potentially affected by the project.

After seeing the unquestionable opposition to this project, the company itself was asking the government for a way out. This force majeure resolution effectively determined the termination of Andes' contract.

The resistance of the Sápara community has been varied and extensive. Oxfam has been supporting indigenous peoples in LAC in the same challenges. Throughout the Sapara’s struggle, the community has gained international recognition and strength. A new female leadership has emerged. At the same time, the community itself has gained strength, creating and re-inventing alternatives to its own development, re-valuing their traditional knowledge and territories, recognising women and learning new skills in the process.

Although the battle is not over, as the Government is still trying to pursue the extraction of oil in the Sápara territory, this is an example of communities being at the forefront of the defence of their territories. 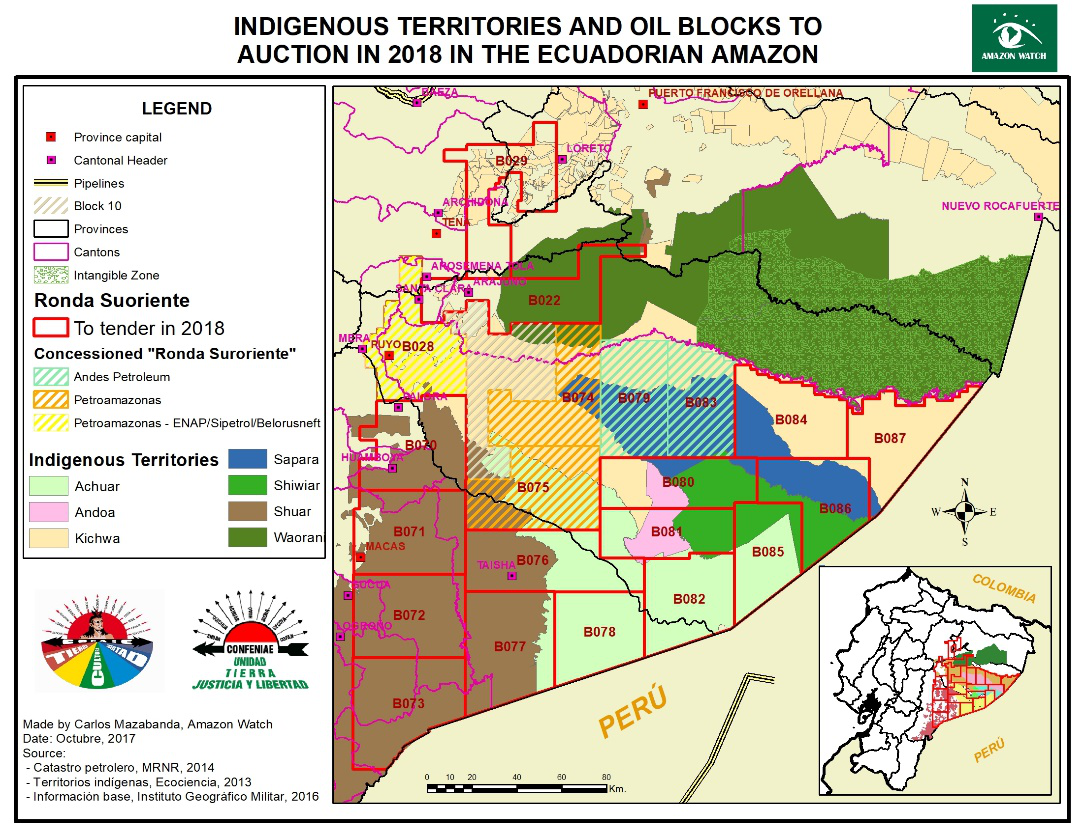