90% of political decisions are about money. This makes the role of the Finance Minister more important than people think. The importance of the national budget in political decision making, to reduce poverty and inequality and achieve the Sustainable Development Goals (SDGs) is often underestimated. 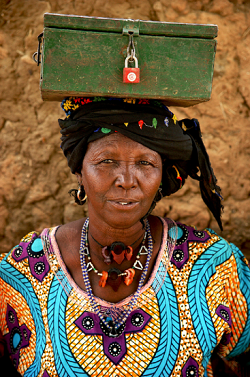 The office of the Finance Minister in the Netherlands is a room with a view. It directly oversees the Malieveld. This is a large open space for public events and political demonstrations. When there are mass demonstrations, his top advisors are required to present alternative budget options. I witnessed this first hand and realized demonstrations can pay-off. Hence, one of the reasons I became a civil society activist.

Almost all cabinet decisions have budgetary consequences. And as a rule of a thumb, all Ministers want to increase their budget. If that’s not possible because of austerity pressures for example, they fight fiercely to keep their existing budget. This is an ideal situation for the Finance Minister because he can play divide and rule, because there is always less money available than Ministers have on their wish lists. So, I learned how important the internal negotiations on the budget for the development of a country are. The outcome of budget negotiations fundamentally shape society as they have huge implications for the redistribution of income, knowledge and power.

Seven out of 10 people live in a country that has seen a rise in inequality in the last 30 years. Six of the ten fastest growing economies are in Africa. However, this is also the region with the second highest income inequality in the world. Economic growth is not inclusive, people insufficiently profit from it. Elites are rigging the rules in their favour, not only in Africa, everywhere. The extreme inequality crisis threatens to undermine the progress made in tackling poverty during the last quarter of a century. However, extreme inequality is not inevitable; it is the result of policy and public spending decisions. Significant increases in public budget allocations for health, education and social protection tackle inequality and change lives.

Elections are a great time to influence public budgets. In the run up to the 2011 elections, Oxfam with local partners started the ‘Voting health for all’ campaign in Zambia. The aim was to increase national budget allocation for health. Oxfam produced a policy report and worked with partners to mobilize thousands of Zambians. The new President after inauguration announced to increase health spending by 45%. Also, promises were made to increase the number of health care workers, remove the charge of fees in urban centers and to ensure availability of vital medicines.

In the Dominican Republic, Oxfam and partners campaigned for the government to meet the General Education Law, and spend at least 4% of GDP on education. In response to public pressure, the President participated in a meeting with civil society and all presidential candidates promised that, when elected, they would comply with the General Law of Education. The new president has committed to his pledge for 2013 budget.

From 2005 until 2015 Oxfam Novib invested €5 million and helped mobilize over 50 civil society partners in more than 15 countries to monitor government budgets. More than 100.000 people, have been involved in analysing budgets of governments and held them accountable for corruption, nepotism, and gender injustice. As a result, millions of people benefited from improved government spending decisions. Some keys to success include: to foster partnerships with government, especially the Finance Minister and his top advisors; use political context to drive strategy; develop strong civil society coalitions to exert public pressure and pursue your goals.

From 2016 onwards, Oxfam continues this work in over 30 countries, where partners engage, as part of an integral strategy on Fiscal Accountability for Inequality Reduction (FAIR), in tax justice and public spending work. If you want to find out more, please click here.

Working for Oxfam as a policy advisor budgets and citizen participation for over a decade. Previously worked with the Netherlands Ministries of Finance and Health and the UNDP. Represented the Netherlands at the EU, WHO and in Mongolia. Gained experience in several African and Asian countries, such as Mozambique, South-Africa, Zambia, Malawi, Nigeria, Uganda, Egypt, Pakistan, Mongolia and Cambodia. Holds a Master’s degree in Political Science.