Going back or being sent back? A closer look at Syrian returnees

In 2017 the number of displaced people returning to Syria increased significantly. According to the UNHCR, around 440.000 internally displaced people and more than 31.000 Syrian refugees from neighbouring countries returned to their homes during the first six months of 2017. 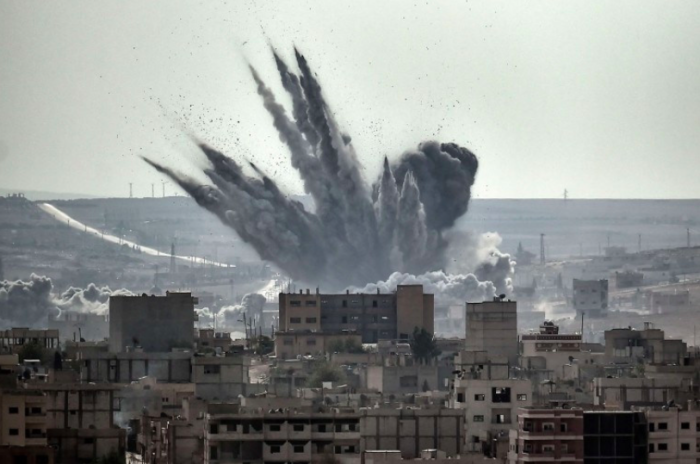 A shell explodes in the Syrian city of Kobane. Source: Jordi Bernabeu Farrús

Why would refugees return to Syria?

Even though certain political developments such as the Geneva talks may result in increased peace and stability in certain areas of Syria, the increase in returnees is rather surprising. According to the UNHCR, the conditions for safe and dignified returns are not yet in place and a significant number of individuals do not return to their home but become internally displaced.

So why would some Syrians decide to return? People tend to go back to their home voluntarily in order to be reunited with their family, to check on their property or to respond to a perceived or real improvement of conditions in the certain parts of Syria.

While some people are willing to take the risk and go back to their home in Syria, a significant number of refugees are also pressured to return involuntarily.

Pressured to return by host countries

The internationally recognised principle of non-refoulement aims to protect refugees and asylum seekers from forced return to a territory where they may face threats to their life and freedom. The most important provision of this principle is Article 33 (1) of the 1951 Convention relating to the Status of Refugees.

However, a great number of refugees and asylum seekers are pressured to return to Syria regardless of the principle of non-refoulement.

For example, Syrian refugees residing in Jordan are being forcibly sent back to Syria in recent years, even though Jordan is considered relatively hospitable to the refugees. Both registered and unregistered refugees are being deported without a clear reason or prior notice, sometimes even during the night. The deportation procedures are lacking transparency and may be seen as violating human rights.

Is there an explanation for this? 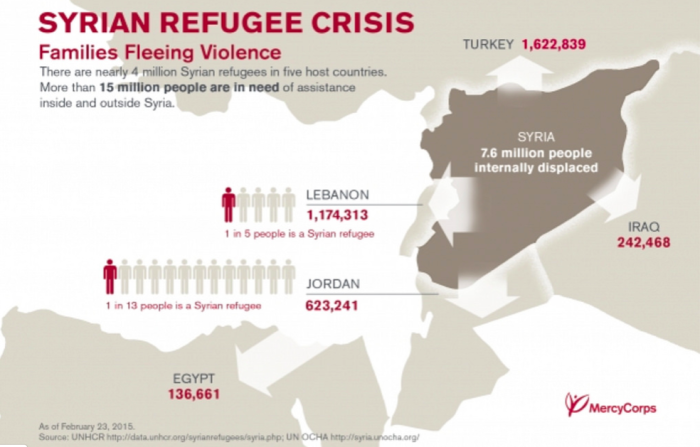 The host countries often lack the capacity to ensure proper treatment of the refugees. Even though there are some programmes in place in order to help the countries to accommodate Syrian refugees, they are often significantly underfunded.

Large refugee population may also increase security threats and change the discourse the host community takes towards the refugees.

All these factors may contribute to the greater pressure on the refugees to leave.

For example, Jordan is actively cooperating with various partners and follows the Jordan Response Plan for the Syria crisis. However, as Jordan faces significant funding gaps for its programmes and the economic growth in the country is stagnating, the authorities struggle to ensure satisfactory living conditions and opportunities for the refugees.

On top of that, after the attacks by ISIS in 2016 in Jordan the discourse taken by the authorities towards refugees changed and there are more and more reports that people are being deported, especially if they have any connection to ISIS or attempt to contact someone in Syria.

What can be done to stop the forced returns?

These issues in no way justify the deportations and the pressure authorities put on refugees to force them to return to Syria. Still, it shows that countries are sometimes not capable of coping with the needs of the increasingly large numbers of refugees.

It is important for the international community to focus more on supporting the host countries so they can increase their capacity to accommodate refugees. The refugees often feel pressured to leave due to a lack of legal status and various constraints to their rights. As a result, it is important that the situation is not only seen as a humanitarian emergency, but medium- and long-term response measures are also implemented.

In order to tackle the issue of social tensions, it is important to ensure that various supporting programmes focus not only on the refugees but also take into account the host communities. Inclusive development strategies may reduce social tensions and contribute to more sustainable overall improvement of the situation.

A camp near the Syrian border at Suruç, Turkey. Source: Voice of America News

What about voluntary returns?

Some Syrians decide to return to their home voluntarily in order to be reunited with their family or to check on their property regardless the dangerous conditions in a country.

The individuals who do decide to return to Syria should, first of all, get acquainted with the situation in the country so they can make an informed decision. It is also important that they get all necessary assistance during their journey and after their return to Syria. The UN and NGOs should expand their activities in Syria in response to the increased number of the people returning.

Evidently, the situation is rather troubling. Lack of capacity of host countries, increasing social tensions and security threats complicate the situation even further and may cause pressure on refugees to return to increase. The international community should assume more responsibility, improving its sharing mechanisms and ensuring that Syrian refugees fleeing uncertainty and terror can find hope and peace in other countries. The individuals who return home voluntarily should also receive support from local authorities and international organisations throughout the process.

his blog was written by Radvile Bankauskaite, an intern with the Conflict and Fragility Unit. Contact Radvile on LinkedIn.