Respectable girls marry as soon as they are mature, to protect family honour. This social norm helps to explain why nearly a quarter of girls are married before age 18 in Muzaffargarh and Lodhran districts of Punjab province in Pakistan, and over a tenth in Larkana and Shikarpur districts of Sindh province, where Oxfam projects have been working to oppose child marriage. But are there exceptions to this norm? What reasons are given by parents and girls who delay marriage?

To understand these questions, Oxfam conducted a qualitative study in the four districts, talking to girls from eight families who were not married at what is commonly seen as the appropriate age in their communities. Researchers also talked to their parents and community members they mentioned as having influenced their opinions on child marriage.

The study explored which moments, life experiences, people and social norms influenced the decision to delay marriage, and the consequences of delaying marriage – for example, whether the families experienced negative or positive reactions from their community. It is part of the broader learning agenda of the Marriage No Child’s Play programme, implemented by the More Than Brides Alliance, which aims to combat child marriage and strengthen young people’s rights.

What is a social norm?

Social norms are rules about behaviour that people in a group follow because they believe that others in the group follow them and expect them to do so. In the rural communities where the eight interviewed girls live, two social norms, in particular, contribute to early marriage.

The first, as mentioned, relates to family honour. It can bring shame to the family when girls are not married but instead, for example, have the freedom to travel alone to get an education and meet their peers, including boys. Beliefs persist that it is dangerous to allow girls to pursue an education, as it might cause them to misbehave. The second influential norm is that girls of marriageable age belong with a husband, not with their parents. Unmarried girls are perceived as a burden on their families, who have to pay for their food and education – parents sometimes marry off their daughters at an early age because they cannot afford these costs.

Nonetheless, the interviewees said that practices are changing, with more girls marrying at a later age. Reasons include awareness-raising by partner organizations Bedari, the Indus Resource Centre (IRC) and Baanhn Beli, increased education and understanding about the harmful consequences of child marriage – for example, dying in childbirth or having multiple miscarriages – and the new law on the minimum age for marriage.

The study asked family members what drove them to go against local social
norms by delaying their daughters’ marriage. The parents’ personal attitudes
– their tendencies to respond positively or negatively to certain situations,
people or ideas – were important. They were shaped by considering the safety
and needs of their daughters, in terms of health and education, the responsibilities they would face after marriage, the law, and their daughters’
demands to have their voices heard. 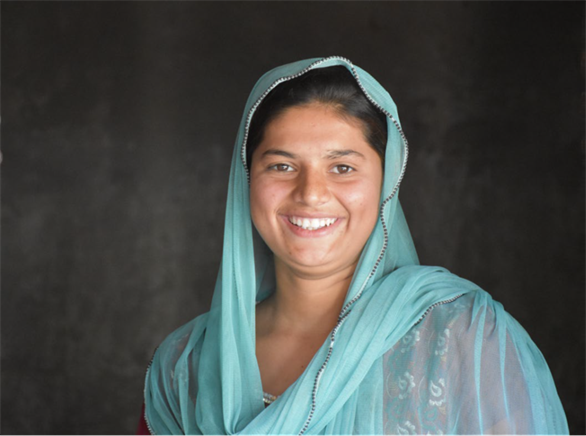 Parents described key moments or experiences that influenced them, by exposing them to new knowledge or cases where child marriage had caused problems, notably with a girl’s health. Interventions by partner organizations had sometimes changed their minds, as had knowing someone in their community who had experienced negative consequences such as complications during childbirth.

Interviewees agreed on the importance of education, though they had different views on why it was important: some stressed the benefits to the girl’s personal development, while others stressed that education can make a girl more marriageable by developing her knowledge of how to behave appropriately with future in-laws, run a household and take proper care of children.

Interviewees also agreed that girls should marry only when they are ‘mature’, but differed on what it means to be mature: some linked it to age, and others to physical factors such as menstruation, personal development or the capacity to take care of household responsibilities.

What are the consequences of delayed marriage?

No families reported social benefits – that is, praise or increased respect – as a result of their decision to delay their daughter’s marriage. Some reported social sanctions, in the form of gossip – with community members criticizing the decision and speculating that the family had received no marriage proposals – or strained relationships with relatives.

However, most family members said that while others in the community may disagree, they do not intervene, and it is possible to ignore what they say.

What can we learn?

The findings show that longstanding social norms around child marriage are not set in stone – there is room for transformation. Parents can change their attitudes and resist pressure from their community. NGO interventions can influence attitudes, for example through awareness-raising activities, which in turn impact on action. 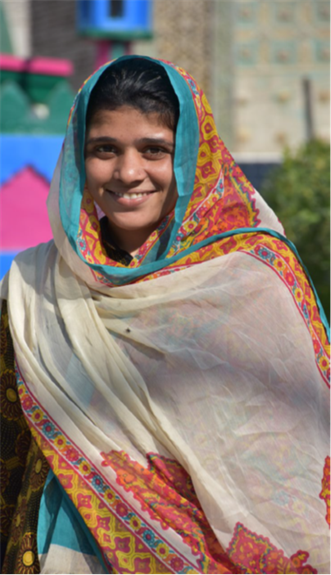 One way to change attitudes is to stress the benefits of a girl continuing her education before marriage. As there is a widespread belief that it is dangerous to allow girls to travel outside the community to get an education, there is a need to invest in educational opportunities within the communities themselves.

Finally, the study also showed that girls are standing up for themselves and demanding to have their voice heard in decisions about their marriage. In some cases, girls linked this to NGO interventions, which shows the importance of investing in girls’ empowerment and leadership skills, and encouraging meaningful youth involvement in strategies.

This document was written by: Karen van Zaal & Lisanne Hekman
For more information, or to comment on this learning paper, email karen.van.zaal@oxfamnovib.nl

This publication is copyright but the text may be used free of charge for the purposes of advocacy, campaigning, education, and research, provided that the source is acknowledged in full. The copyright holder requests that all such use be registered with them for impact assessment purposes. For copying in any other circumstances, or for re-use in other publications, or for translation or adaptation, permission must be secured and a fee may be charged. The information in this publication is correct at the time of publication.